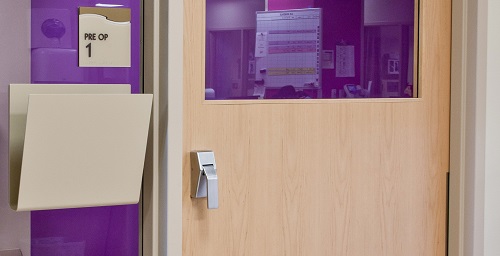 What Is A Hospital Latch?

Hospital latches have a paddle that is installed on either side of the door that allows the push/pull function while still providing latching operation, unlike push and pull hardware that is only surface mounted and does not work the same with latching hardware. A hospital latch only requires a person to push or pull the door in the direction of travel to operate the latch. 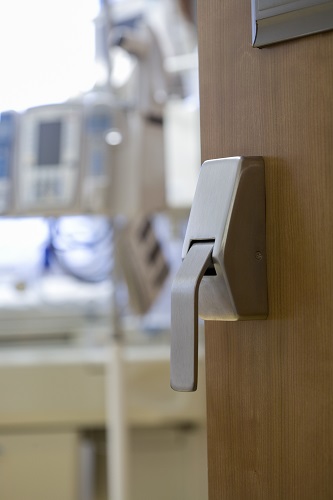 Hospital latches are mainly used for their convenience. These are often located 45″ above the finished floor to allow easy pushing or pulling with the forearm or elbow. These are most popular in hospital and healthcare applications.

Hospital latches can be ordered with a mortise lock body or a tubular style mechanism. Doors can be machined for the operating paddles to be installed vertically or horizontally on the door. Standard strike plates can be used for the frame. 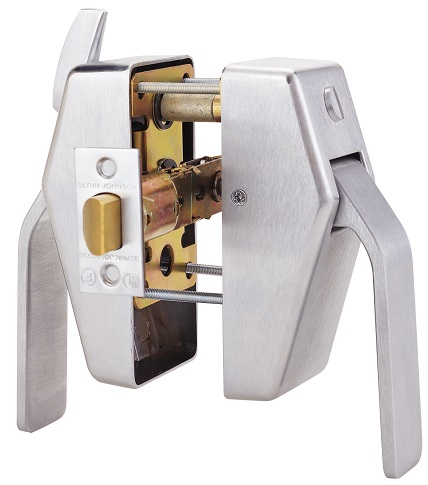 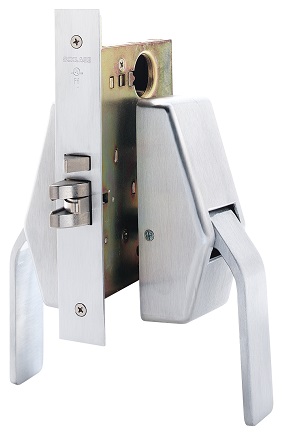 Hospital latches come in standard finishes and can be used on doors of various thicknesses. You can also choose engravings for the paddles that say “Push” or “Pull”. It is important to select the correct engraving for the appropriate paddle orientation and handing. You do not want to end up with a paddle that says “Push” that is installed on the pull side of the opening! 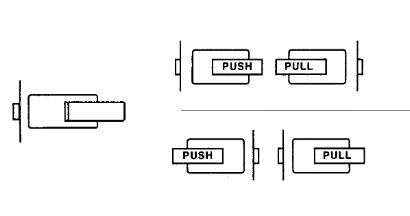 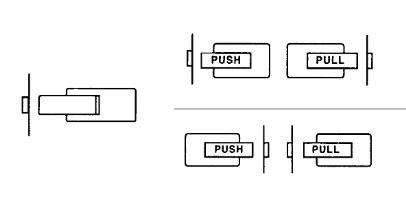 These hospital latches can also be ordered with varying backset options and functions (depending on the type of lock body). Cylinders and thumbturns can be used based on the function specified. Certain options may limit the paddles to be installed a certain way (i.e. horizontally instead of vertically).

The Basics Of Push And Pull Hardware

How To Make Door Closer Adjustments