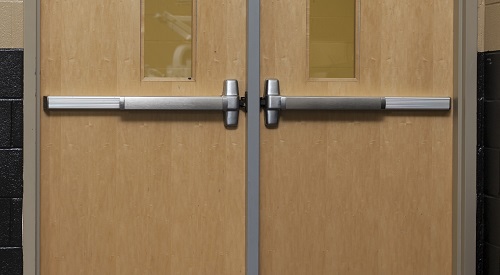 The Basics of Rim Exit Devices

Rim exit devices are a type of panic device that is used on out-swinging doors. This exit device hardware can have trim or levers on the other side of the door. They can be labeled as fire rated or just labeled as panic hardware. Rim exit devices can be used on single doors as well as double doors.

In this blog post we will take a look at some of the basics of rim exit devices.

Other latch types are connected to the device but the rim latch is built in as part of the actual push bar mechanism. Other latch types include mortise locks and vertical rods or vertical cables. These other latches are separate pieces of auxiliary hardware that ties into the push bar.

The rim latch is very secure and lasts a long time when installed correctly. 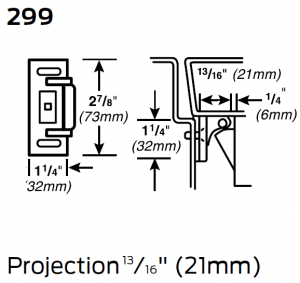 The latch will engage the strike as the door comes closed. No manual operation is required to ensure the door latches. A closer is always installed on doors with panic devices which means the door will close by itself and allow the latch of the rim exit device to engage the strike.

Exit devices have a lot of the same outside trim options. However, cylinder requirements may differ between exit device types and manufacturers.

Most rim exit devices can have outside trim that provides these various functions:

Rim exit devices are the most common type of panic hardware used on single doors. They are a simple application with the strike installed on the soffit of the strike jamb of the frame. The frame is reinforced for the strike and the door is prepped for the mounting of the device and hardware. 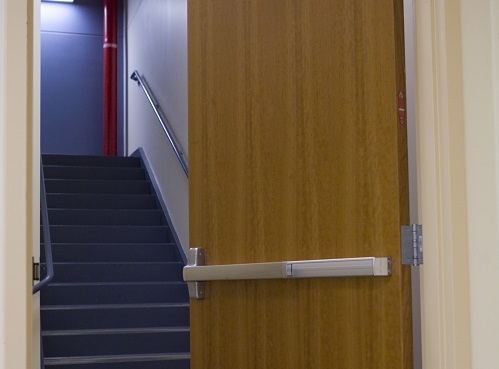