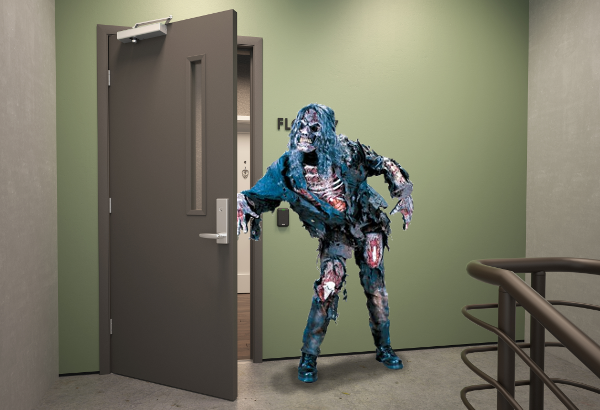 Halloween is only a few days away and this year we wanted to take a look at the difference between fail safe and fail secure when considering electric hardware. Let’s go through a few scenarios that might help you Halloween night as you face ghosts, goblins, and ghouls. 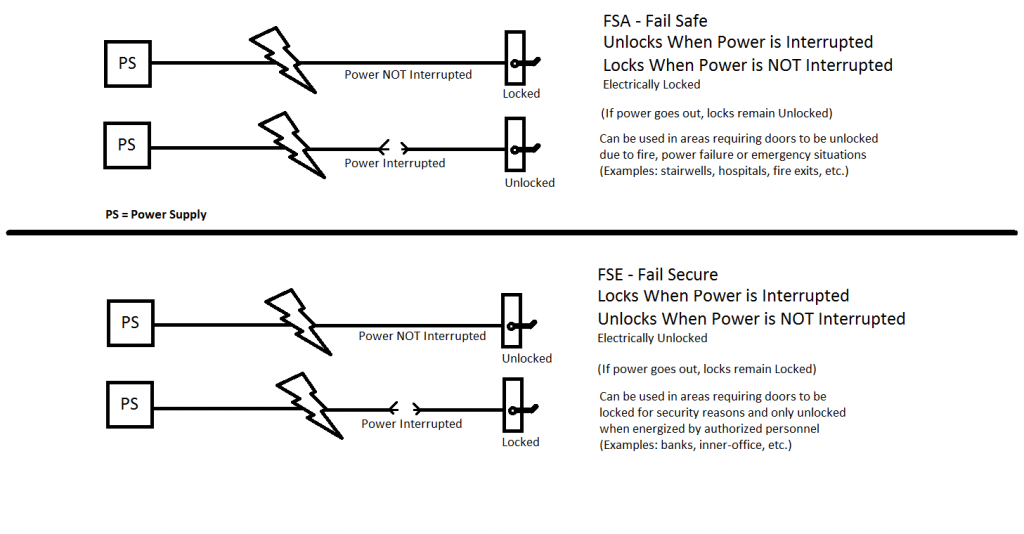 With fail safe hardware, constant power is required for it to stay locked. When a valid credential is presented to the credential reader that controls the electric hardware set to fail safe, the power is cut and entry is allowed during a set period of time until the power is reconnected.

With fail secure hardware, power is actually required to unlock it whereas no power is needed for the hardware to stay locked. So when a valid credential is presented, power is sent to the device which unlocks and allows entry until the power is dropped. 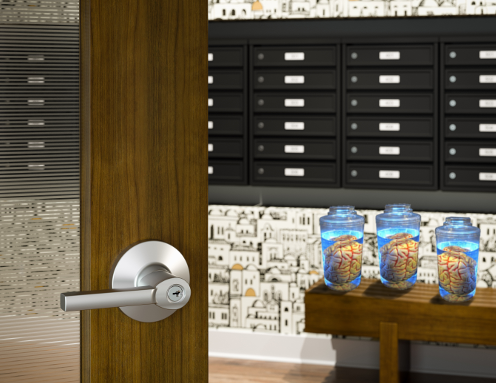 For example, on Halloween night, if a mad scientist is closing up his lab for the night he may want the entry door to be fail secure. That way no monsters can get in and steal any of the brains being kept in jars.

Electric strikes are usually going to be specified as fail secure. Electric strikes are going to be used with locking hardware that is usually, if not always, locked such as a storeroom lockset. This requires that a key or a credential is presented in order to gain access. Even if the power goes out, the opening will remain secure. 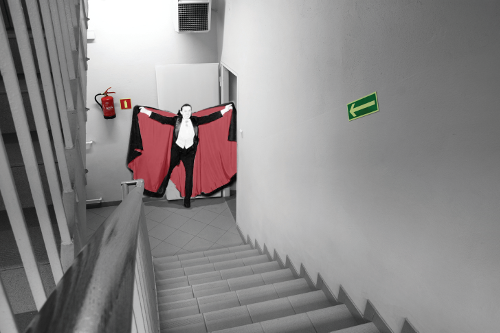 Again, a fail secure device can prevent unauthorized entry and unwelcome guests, such as Dracula who really only wants to suck your blood.

Electromagnetic locks are always going to be fail safe. Magnetic locks require constant power to stay locked. Once power is off, the lock disengages and allows the door to be opened. Mag locks hold doors closed with up to and exceeding 1500 lbs of holding force, depending on the model.

It is recommended that electromagnetic locks are used in conjunction with other locking or latching hardware on the door. 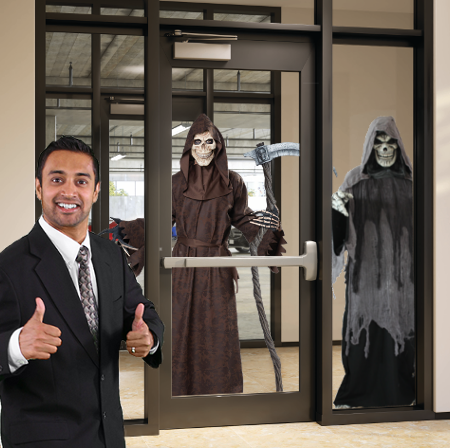 If push/pull hardware is all that is used with mag locks then if the power is lost, due to something like a lightning strike at the top of your building during a particularly stormy night like Halloween, there will be nothing to stop the zombies and goblins from pushing or pulling those doors wide open and wreaking havoc on the occupants inside.

By putting an additional lockset on the opening you can be sure the doors will remain latched and secured and there will be no more creepy creatures to worry about kidnapping you to take you back to their lair.