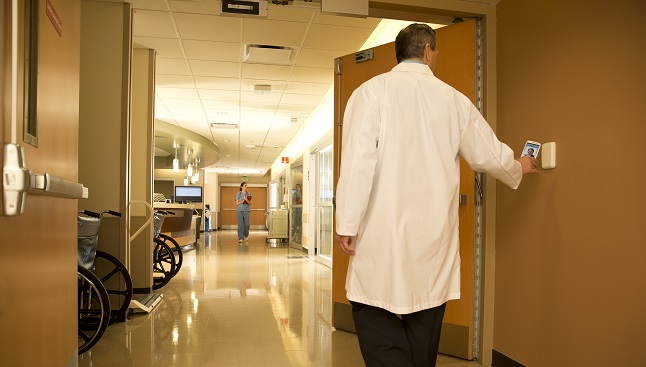 When it comes to determining the handing of a door it can be a little confusing for some. Once you understand the principles, though, it is easy to determine the handing for most door openings. However, there are some door handing options that are less common. Here we will look at 3 of these less common door swings:

If you need to revisit the basic handing to understand the fundamentals of handing a door, read our previous blog post: How to Determine the Handing of a Door.

For double egress doors, or cross-corridor doors as they are frequently called, the handing is a bit different than your typical pair of doors. A double egress pair will have a unique jamb and head profile that allows the doors to swing the way they do, in opposite directions. These openings are meant to separate the building into compartments and are often fire rated doors.

Most double egress doors will have a door handing referred to as Left Hand Reverse, Left Hand Reverse (LHR,LHR) meaning you stand on either side of the opening, one door will swing toward you and to the left while the other door will swing away from you and to the right. The main reason for this handing being used on most double egress doors is because most foot traffic will travel down the right side of the corridor. This means that people will push the door open as they pass through the opening. Having the door on your right swing open away from you as you push through the door is the most efficient method of operating the door. It allows for the efficient flow of people moving through the corridor in either direction. 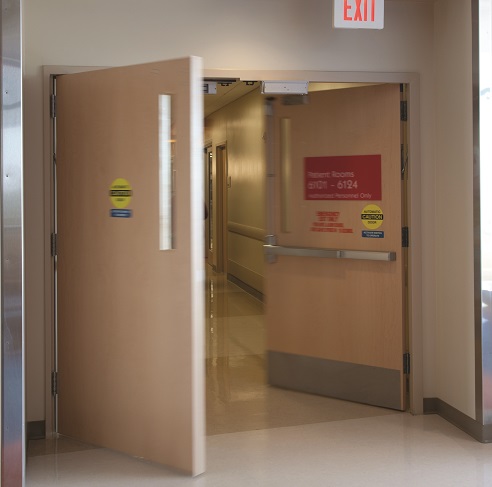 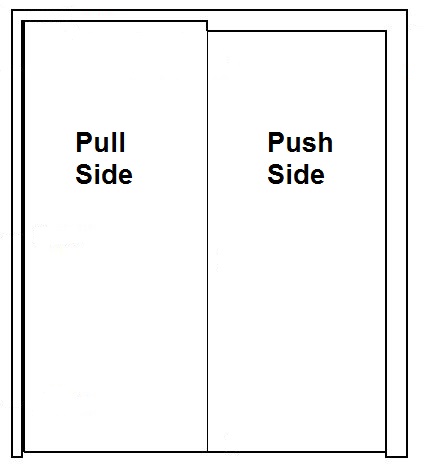 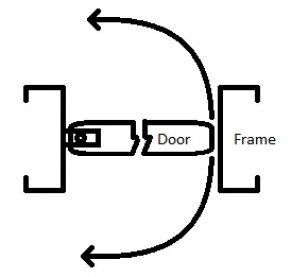 This type of door swing is usually only found in hotel settings between guest rooms. The idea here is that you can access adjacent guest rooms when family or associated parties are in the connected rooms. Otherwise these doors are secure to prevent access from the connected room. These openings will have a double rabbet frame with equal rabbets to allow doors of the same thickness to be installed in both rabbets. The doors can have hinges on the same jamb or on opposite jambs. The hardware between the doors needs to be coordinated so they don’t bump into each other. Each door is handed when standing on the secure side of each door, RH/RH, LH/LH, or LH/RH, RH/LH. The occupant can always open the door on their side of the rooms but the opposite room’s door will be secure. 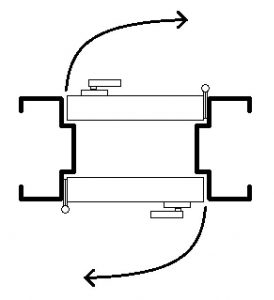 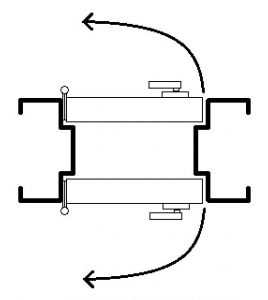 Handing is a fundamental aspect of the opening and getting right is crucial to getting the frame, door and hardware supplied in the correct configuration. To contact a salesperson to learn more or to request a free quote don’t hesitate to call or email us today!

Door Closer Adjustments: Why Are They Important?

What Is A Storeroom Lock?