The 5 types of commercial door hardware we will be discussing in this blog post are:

These commercial door hardware items won’t necessarily all be used on the same set of double doors, but they all perform a unique function that can be critical to the proper operation of a pair of commercial doors.

Semi-automatic flush bolts are manually retracted using a mechanical trigger and will then re-latch when the active leaf closes.

Coordinators are only used on double doors with door closers installed because, as the name implies, it will coordinate the closing of the doors. The inactive leaf on a pair of commercial doors will usually need to be closed before the active door. Coordinators will automatically coordinate the closing of doors so that an individual passing through the opening is not required to ensure that the doors close in the proper order.

Often the active door leaf will have latching hardware installed that latches into a strike that is installed in the inactive leaf. If the doors do not close in the correct order, then the door can potentially be left unsecured. 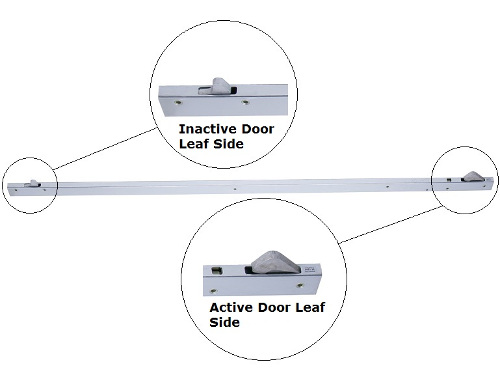 Coordinators are usually required on double door openings that are fire rated and have door hardware that needs to be opened and closed in a certain order.

Mounting brackets are used to prevent the fasteners of the closer from entering the coordinator bar and damaging it’s internal mechanism.

Mounting brackets come with holes for fastening the brackets to the frame and there is generally a blank plate portion that allows you to drill the holes needed for the parallel shoe hole pattern.

Astragals for double doors are installed on the meeting stile edge to cover the gap between the doors. Astragals can come in two main styles: overlapping or meeting stile.

Overlapping astragals are installed to the edge of one of the door leafs, either the active or inactive door, and extend enough to overlap the edge of the other door. This type of astragal should only be used on double doors where the doors open in a certain order (i.e. active leaf opens first, then the active leaf). 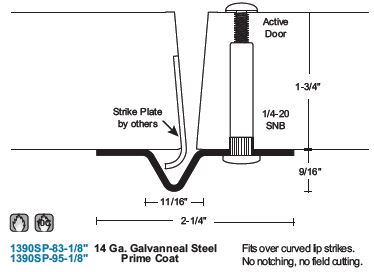 If an overlapping astragal is used on a pair of doors that open independently of one another (i.e. double doors with vertical rod panic devices installed) the astragal will prevent one of the doors from opening when it should!

Removable mullions can be keyed removable, which requires a keyed cylinder, or they can be simply mechanically removed using a special tool. When large machinery or office equipment need to be moved through the opening, the mullion can be detached from the frame and then reattached as needed. 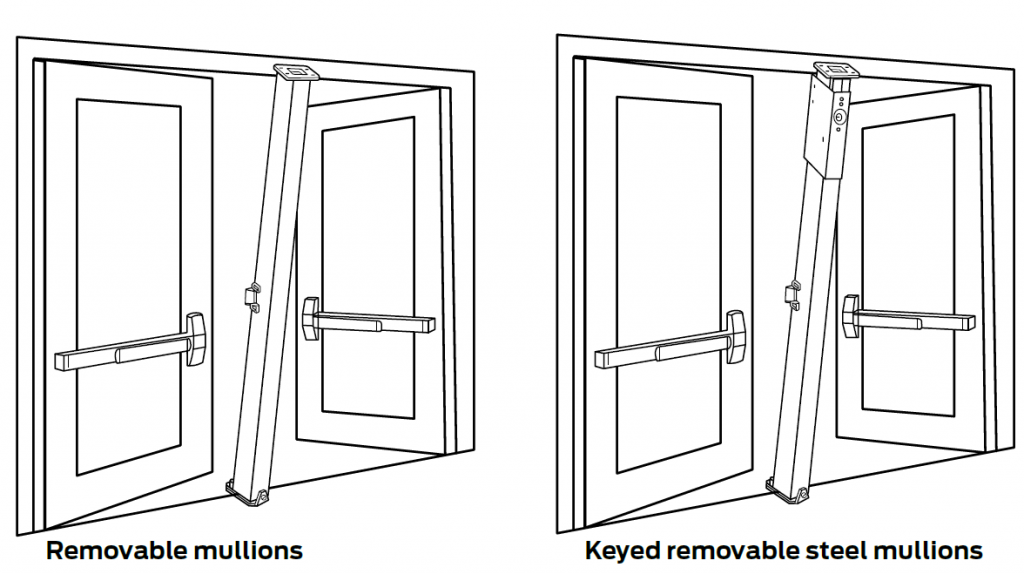 These are some of the most common types of hardware used on double doors. There are endless combinations and unique applications for double doors as well. Talk with us at Beacon CDL to determine the right hardware for your commercial doors.

What Is A Saddle Threshold?