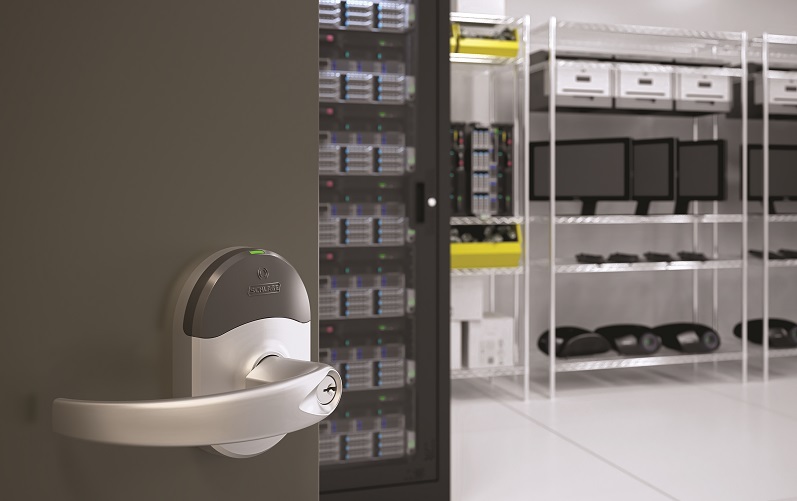 Electric locks are used when additional security as well as added convenience are wanted at the opening. Electrified locks come in various types from bored locks, mortise locks, exit devices, and magnetic locks. Some locks have more options than others. Power supplies and electric power transfers will be needed for all of these locks to operate.

Electric locks are available as cylindrical and mortise locks. They are tied into an access control system. 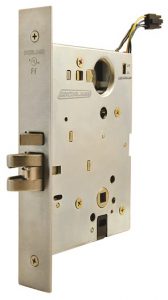 These electric locks will have wiring that must run through the core of the door and through the frame back to the power supply and access control.

Some electric locks are stand alone with built in credential readers or keypads. These electrified cylindrical and mortise locks will run on a battery pack that are replaceable. Other options include latchbolt monitoring and a door position switch.

Cylindrical and Mortise locks that are electrified will have the option of being electrically locked (FSA fail safe) or electrically unlocked (FSE fail secure). The application of one option over the other will be determined by the opening and its location.

One misconception is that electrified cylindrical and mortise locks have electric latch retraction. These locks are only locked and unlocked, the latch is not retracted. 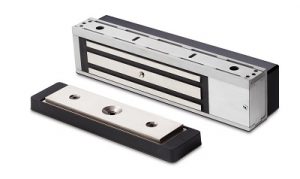 Most magnetic locks will be fail safe, meaning that when power is applied the unit is locked. When power is lost the unit will be left unlocked and unsecured. This can be risky if the magnetic lock is the only unit holding the door closed and secure. These will also be connected to an access control system to control functionality.

Exit devices are often electrified and have many more electric options available than the other types of electric locks. The trim on the outside of the door can be electrified to lock and unlock by credential reader. Exit trim can also have a stand-alone credential reader or keypad lever that is hardwired or powered by a battery pack.

A popular option for exit device push pads is to add an alarm kit which has a built in horn that sounds an alarm when the push pad is depressed. This can be used to deter use of the opening unless it is an emergency. It can be armed and disarmed with a keyed cylinder.

The Essentials of Flush Bolts