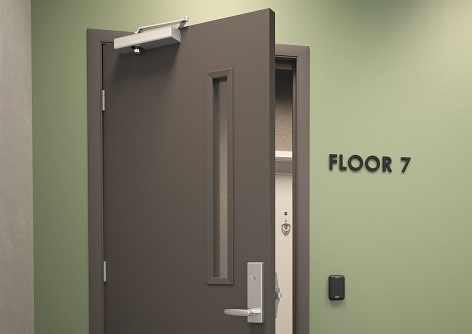 Commercial door closers are used to control an opening when the door is being opened and while the door is closing. The different types of closers may have standard controls as well as optional ones that can be added at the factory. In this blog post we’ll cover the 4 most common door closer control “zones” used in the swing of a door. These door closer controls can be adjusted on the closer body.

The door closer control zones we’ll talk about include: 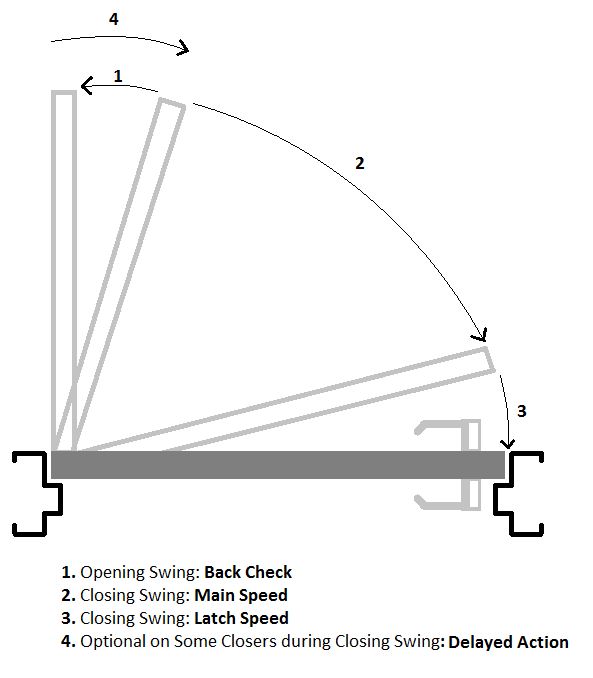 The back check is the first control that will engage in a door closer. When a door is opened, the door closer back check control will slow the door down prior to making contact with a door stop or the fully opened position. For example, an exterior door may be opened on a windy day and the wind will push the door open. The back check control will prevent the door from flying wide open and damaging anything such as the wall or other hardware on the door. It also helps prevent someone who may be behind the door from being injured.

Note: Back check should not be used as an artificial door stop. It is not designed for such an application. 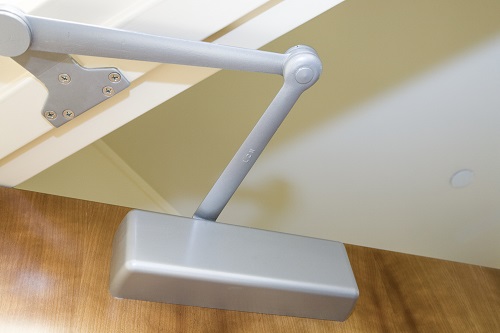 The main speed is the second control zone in the closing cycle. During the main speed zone, also called the “sweep”, the door closer moves the door from the open position toward the closed position. The spring inside the door closer can be adjusted to increase or decrease the speed of this closing zone. When the door reaches about 20 degrees from being closed, the next control zone begins: latch speed.

Door closer “sizes” refer to the strength of the spring inside. When talking about adjusting the “size” of the door closer it means the spring power is adjusted which affects the closing speed and opening resistance. The physical dimensions of the closer body do not change.

Adjusting the latch speed will affect the speed of the last few degrees of the door’s closing swing, beginning at about 6 inches away from the fully closed position. The door closer will move the door quickly to overcome any resistance caused by the latch hitting against the strike plate or resistance caused by air pressure differences in the spaces that are separated by the door. 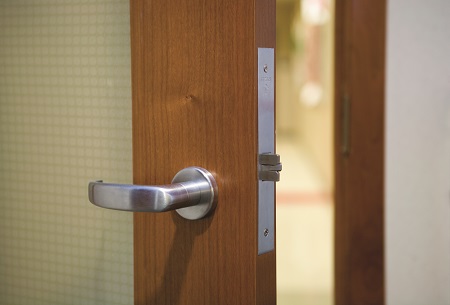 Caution should be taken when adjusting the door closer speeds due to air pressure differences that can change during the day (i.e. air conditioning turning on and off or other circumstances). If the latch speed is adjusted to overcome a lot of variable resistance in order to properly latch, then when the resistance is decreased or removed that closer will slam the door shut. Other closing methods may be better for this type of situation such as an automatic door closer.

We put delayed action as number 4 on our list but that does not mean this control zone comes after latch speed. (Obviously, once the door is latched there is no more door control that is needed.) Delayed action is an optional door closer control function. Delayed action control will delay the door from beginning the closing cycle. It essentially slows down the closing speed of the door from the maximum opening to about 75 degrees, allowing for more time to pass through the opening.

Delayed action is useful in openings where traffic requires the door to remain open for a longer duration, such as in areas where wheelchairs are used or equipment and carts pass through the opening regularly.

Door closers have many controls that are built in to help the door work the way you want. Door closers are also vital for fire rated openings because the door needs to close and latch properly during a fire. Commercial door closers are also important for security and maintaining a controlled environment inside the building and space.

Each door closer will need to be adjusted to meet the requirements of each individual opening. Instructions for making adjustments come with the product from the manufacturer and should be followed to ensure proper functionality.

If you have any questions about door closer adjustment or installation of doors and hardware please contact Beacon Commercial Door & Lock. We supply and install door closers and many other products for access control and life safety.