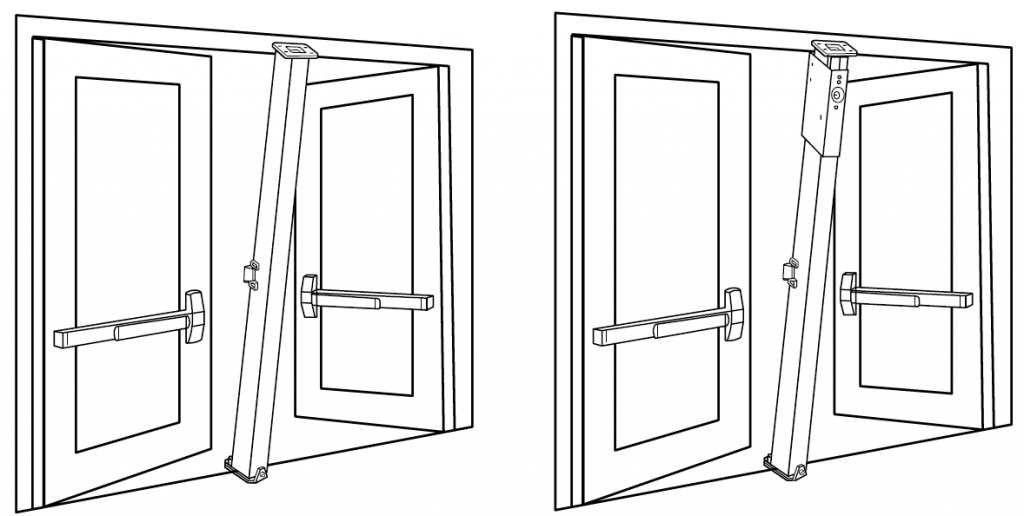 A mullion is a metal channel that divides up two sides of an opening. A mullion can separate two pieces of glass, two door panels, or separate a door and a piece of glass.

When a mullion is used to separate two doors in a pair of doors, this mullion can be fixed or removable. A fixed mullion is an integral part of the door frame and cannot be removed. A removable mullion, on the other hand, is made so that it is secure to the door frame but can be disengaged and removed from the frame. This allows the full opening to be used for moving material through the pair of doors. With the mullion in place it will provide security and facilitate the flow of foot traffic through the opening. 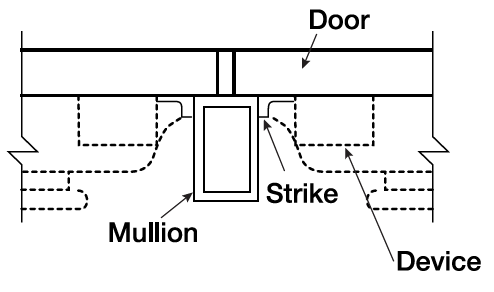 There are two types of hardware removable mullions that we will discuss in this blog post. 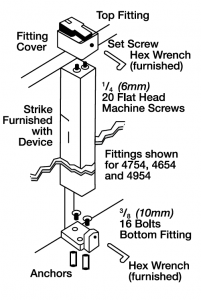 Mullions will usually have a mechanism that locks it securely in place once installed. When it needs to be removed, a hex key or other mechanism may be used to unlock and remove the mullion. 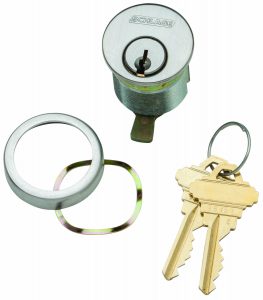 When an electric strike is needed, the handing of the for the strike must be indicated.

Mullions can also be prepped for certain strikes or provided blank if hardware is to be mounted at different heights than standard.